It all started in 1891 when the barkeeper Karl Lemmer moved from the Remscheider Road into the new building in the Kreuzberg Road.

“Gasthof zum Kreuzberg” was the name of the neat slate house. A typical local corner pub which could be reached by the “auler Lütterkuser” easily by foot – and where the one or the other wagoner also liked to stop over. Next to the pub, Karl Lemmer also had a prosperous farming on the surrounding fields in the west of our town.

1911 Karl Lemmer junior took over the pub and farming from his farther. When his daughter Käthe married the master pastry chef Werner Kromberg in 1951, exactly 40 years later, this did not mean a break in the gastronomic tradition of the Lemmer family at all. In the following years, she and her husband Werner expanded the business into a location of friendly hospitality. In 1951 the rooms were redesigned as per then modern style and enlarged considerably. With the establishment of the first guest rooms during this time a mile stone was set in the history of the Krombergs. Due to the high demand, Werner Kromberg could expand his hotel business already in 1959. 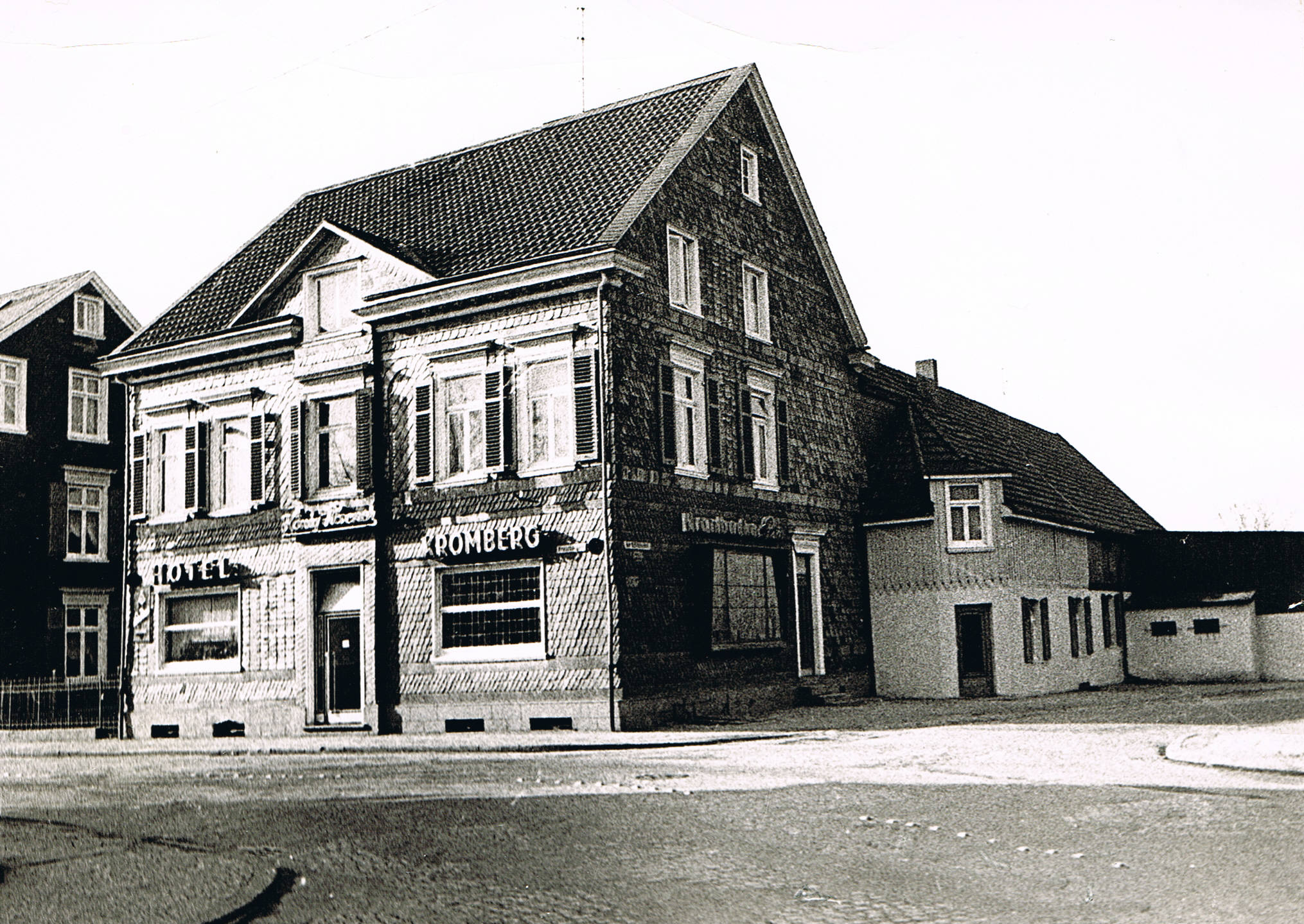 With the erection of a guest house in 1967, the accommodation capacity was increased to 35 beds in total. In the new building in the road “Zum Schützenplatz”, nearby the pub, the hotel guests found rooms which lived up to any expectation regarding comfort and convenience.
Also regarding the future there was no necessity to worry, because at this stage daughter Silvia already knew exactly what she wanted to do: Carry on with the tradition of the business. After having learned the job of hotel and restaurant specialist, she joined the family business in 1974. Together with her husband Wilfried, who originally came from Travemünde and did a retraining from being a boat-builder to be a cook, they took over the family business in 1980. Ever since, the business has been registered in order not to rename the well established name Hotel Restaurant Kromberg into Kärst.
In the following years the domicile was regularly modernized. With the 100th anniversary coming up in 1991, the complete facade of the house was renovated. Although the condition of the old facade of the always well looked after house did not require this, Wilfried and Silvia Kärst decided to do so for the forthcoming festivities.

During the following years, the house was furthermore renovated and modernized. After re-constructing the rooms, the re-construction of the kitchen was finished in February 1995. Since then, the kitchen has a Palux Topline kitchen. But the joy of the family about this met in the same month distress. Co-owner Wilfried Kärst deceased from failure of the heart and could not work in “his” dream kitchen anymore. Ever since, Silvia Kärst, her two sons and a team manage the hotel and gastronomic stress alone. Today the business has 10 employees.

At the end of the 90s, all hotel rooms were re-structured. The hotel has since then “only” 17, instead of 19 rooms. With the re-structure, the rooms could be enlarged in order to provide an even more modern and comfortable stay for the guests. One of the reasons why the Hotel Kromberg was awarded with 3 stars from Dehoga in 2003. Also in 2003 the hotel became member of the “Bergische Gastlichkeit” an initiative which supports local food and cuisine.

Since June 2004, the next generation joined the business Kromberg: Son Markus continues the tradition in its 5th generation after successfully having finished his education as cook and working experience in the kitchen and hotel management in other locations. After his entry, the restaurant area was renovated. Furthermore, the hote got a beer garden for the warm summer months.

In 2007, a Imbiss was opened in the Barmer road for a quick snack during lunch breaks. In the same location, the popular cookery courses uand kitchen parties are held. 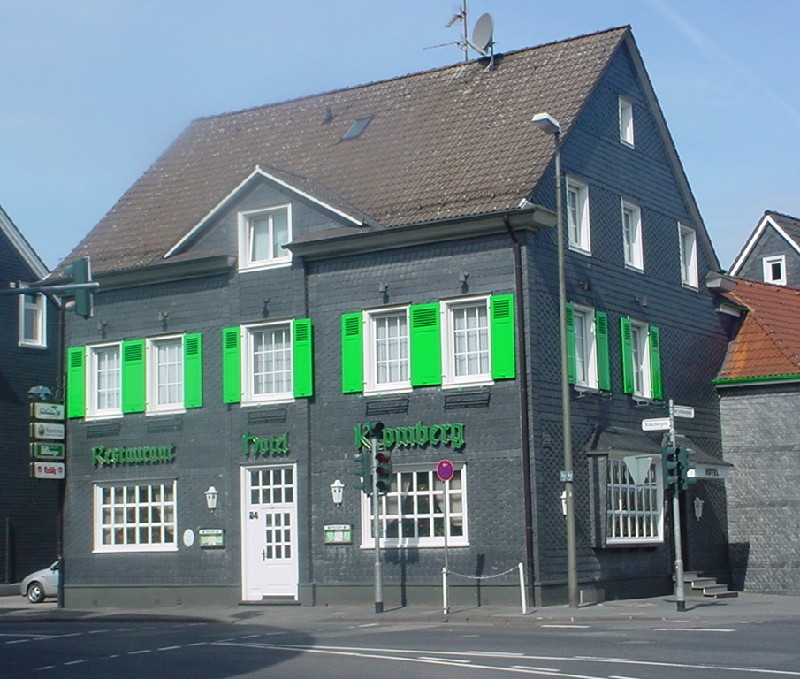 In 2010, Hotel Kromberg took over a further gastronomical business. The Central in Wuppertal-Ronsdorf is a mixture between restaurant, bar & lounge. On the generously spaced terrace as well as inside, guests can enjoy coffee, cocktails, wines, tapas and other Mediterranean delicacies.
Modernization goes on. In 2013, both parts of the restaurant, the bar area and the wash rooms are re-structured and partially redesigned.
In 2015, the hotel, after further modernizing, was then classified as a 3 Star Superior Hotel by the German Hotel and Restaurant Association.

A second field of the business is the Party & Catering Service which is booked frequently by private and company customers from Remscheid and the neighborhood. Furthermore, the business has specialized in communal feeding and supplies various schools, companies and kinder gardens daily with fresh lunch.

At present, the business employs almost 50 people and trains in jobs like cook and hotel specialists.

The family-run 3 Star Superior hotel as well as the homely restaurant with many events and manifold catering offers has been situated in the heart of Remscheid Lüttringhausen for more than 125 years.

Get to know us!

Give the restaurant Kromberg as a gift easily online with a voucher! Quick, easy and directly with our voucher partner Yovite.com.